Representation of the world, like the world itself, is the work of men; they describe it from their own point of view, which they confuse with absolute truth. — Simone de Beauvoir, The Second Sex

Can you remember the world of black and white? That time in your life when it was easy to discern the truth because there was only one. I’m not talking about right or wrong/good or evil – this is no philosophical treatise on morality. I’m referring to the ease with which we wear an idealistic halo when we are 20 years old – when things tend to be simple and clear. As we move through life, many blacks and whites begin to shift to shades of gray. With experience comes perspective and it often serves to soften the surety to which youth can cling so boldly.

Always. Never. Completely. Absolutely. Do you know anyone who specializes in these words? Consider these words in the context of your last argument with anyone. Relationships are famously riddled with the arguments of the absolute. “You always spend too much money.” “You never put the cap on the toothpaste.” We tend to take the most absolute position in these arguments to drive our point home. You are obviously FAILING in the position you’ve taken, so I’m going to make sure you know it and crush you with an undeniable argument.

There are good reasons for the evolution from certainty to a more flexible perspective. Wisdom gained with time teaches us that the truth of much of what happens in our life exists in a state of relativism. The “right” answer in a particular situation might shift with circumstances and can also involve multiple “right” answers. This is particularly true in human relationships. Loved ones and close friends can at times be so maddening simply because even when they are most wrong, they may still be partially right. Why? Because we tend to disagree over things we want or perceive – elements which reside firmly in the world of individual preference or position. Since our desires can be difficult to argue rationally, we fall to absolutes.

When we take an absolute position, we are normally basing it on a feeling or perspective. We view something in a certain way and make our case by characterizing it as complete, absolute. That is when “never” and “always” emerge. We describe situations and people as “completely” crazy. Our spouse may be “totally” irrational or our employee is “always” late – statements that are unlikely to ever be completelyaccurate. When we are in the moment, the hyperbole of an absolute is easy to muster and we wield it like a hammer for emphasis.

The dangers of absolutes lie in the emotions that tend to be the source. Our position is likely to change when our feelings change. In most situations, the other person is probably not completely wrong just as you are likely not absolutely right. When we use an absolute, we limit ourselves by drawing a harsh line in sand that changes easily. Absolute words also tend to inflict emotional damage. No one likes to be wrong, and absolutes add a level of intensity to the charge “you are wrong“.

Nowhere do we see complete gray more clearly than in the world of law. We have an entire industry built on arguing the non-absolute nature of everything. This is the world of interpretation and argument.Answers are built, not found. Lawyers may argue in absolutes but truth often lies in the eyes of the beholder: a judge or jury. Although it is easy to view the notion of arguing the correct answer with a high degree of cynicism (and it some cases it is deserved), it is a necessary element to the system and to our lives.

My point? Don’t stop using those absolutes to strengthen your position. Don’t fall victim to moral relativism. Don’t stop believing in those values you hold sacred or defending them. However, be aware of the dangers of absolutes as underpinnings to your arguments, how you are perceived and their effect on those around you. Even though our world is full of shades of gray, we won’t lose our absolutes anytime soon. Strong language is the cornerstone of an argumentative society. Knowing this, you can increase your effectiveness by being intentional with their use while remaining aware of their pitfalls. 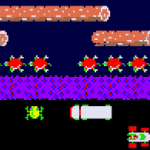