The Tighter You Squeeze…

…the more things slip through your grasp.

Something was wrong. Over the previous weeks, the pressure in my chest had been building. No, it wasn’t the fuse on a heart-attack. As a business owner, it was a feeling I recognized. It was that knot of stress that comes with very challenging times. It had morphed from the positive pressure of being pushed to rise to an occasion to the nagging heart-burn of feeling overwhelmed. It was turning into something unhealthy, and I knew it.

A wave of orders coupled with some personnel changes and a few administrative barriers had conspired to put our operation behind. As customer calls started coming in to me, I knew we had a problem. I sprang into action. Periodic updates became multiple meetings throughout each day. Summary reports became deep dives into all the details. From purchasing to production and on through shipping and communication I jumped in with a high sense of urgency. Things started to move but not all of them in the right direction.

During the first and second weeks, my efforts were productive. Into the third week, I started to see signs of fatigue in my team. Not physical fatigue. The emotional and spiritual fatigue of the “death march”. The forced march to some goal that doesn’t seem to be getting any closer while someone is standing behind you asking “are we there yet?” You know of what I speak. By the third week, my incessant questions, presence and interruptions were weighing heavily on everyone around me. By the end of the first month, I felt the knot in my chest tightening as I recognized the destructive effects my sustained “motivational” efforts were having on the entire operation – including myself.

There are moments in business that require us to escalate our efforts. Times when we have to rise to the occasion and sprint to the finish line. There are also times when we’ve got to make adjustments to accommodate changes in the environment around us. As driven leaders, our inclination is often towards making things happen through force of will. In my case, this worked briefly from a throughput perspective. My rally lifted production to an impressive level: within a month, we were up 100%+ culminating in a final weekly number that was almost ten times the previous month’s! However…..the wheels were falling off.

The wake-up call came on a Friday. Running between offsite meetings, I reappeared in the afternoon for another of what had become daily interrogations of my management team. The knot in my chest had tightened to a point where I thought I might literally be heading towards a heart problem. I could read the look on the faces of everyone in the office; my very presence created stress at every level. The meeting turned from a status check to a heated exchange and I realized I had pushed my team over the edge.

A while back, someone asked me if I “believed what I wrote and followed my own advice.” I carry that question in my mind and revisit it frequently. As I retreated from that heated meeting, I found myself thinking back through my blog posts wondering if I had any wisdom for myself in this situation. Not only had my team reached the breaking point, I had reached the breaking point. I can count on one hand the number of times that uneasiness in my gut has escalated to a knot in my chest and it is not a place I care to be. I took a breath and thought of basketball.

Basketball? Yes. As a player, coach and a spectator, I’ve spent a lifetime around the game. Much of my philosophy of leadership comes from this sport. Its finite scope and simplicity provides a wonderful window to fully see the impact of many behaviors. When things get tough, ineffective coaches almost always try to micromanage their players. As momentum shifts against them, they hold tighter and it only fuels the slide. Players begin to tense up and over-think decisions. The worse things get, the tighter the coaches squeeze. And so on.

As I considered my options, I realized that there was little else I could do to effect near-term change. My die had been cast. My team was in place and I realized that they were in the best position to manage the challenges we were facing. I decided to let go. Not give up. Let go. Not quit. Let go. Almost immediately, the knot in my chest unraveled. I had been trying to control something by gripping more tightly and the correct answer was the exact opposite. I called my managers into the office, acknowledged their efforts and dedication, admitted my mistake, asked them if they felt they had things under control, and then walked away.

Running a business or leading any venture is a very messy, organic enterprise. In the process, we maintain a unique intimacy with the world around us and it can be difficult to separate ourselves from our perception of that conversation. The most complex elements involve people and the level of our success is dictated in almost every way by how we relate to those people and they to us. As leaders, we must continually reassess how we push, pull or guide those around us based on what the situation demands. Sometimes we have to walk in the opposite direction of our instinctive drive to control.

For me, letting go meant relinquishing day-to-day ownership of deliverables and allowing my team to do what I hired them to do. I didn’t shirk my responsibility; I recognized my limitations and repositioned my role in the process. My team was closer to the situation and more able to do what needed to be done. By jumping-in, I had created another wave of disruption that was perhaps more overwhelming than the first. By letting go and validating their roles and responsibilities, I freed them to be more effective. I affirmed their capabilities and gave them permission to succeed.

How do you respond when the pressure builds? Do you look for ways to enhance your team’s effectiveness or do you seize control? Do you rally them to your banner with encouragement or do you push them away by barking commands? Can you admit you were wrong and make the personal adjustments required in the moment or do you dig-in and push harder? 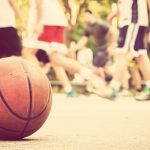 Team on a losing streak? Look in the mirror.Lead
Step Away to Re-frame Your PerspectiveSucceed