Team on a losing streak? Look in the mirror.

“If your actions inspire others to dream more, learn more, do more and become more, you are a leader.” – John Quincy Adams

We live in a competitive world. Everywhere we turn, we are competing for something. People, resources, time, money, affection. As leaders, the task becomes more complex because we are dependent on others to execute.

When we find ourselves in losing situations, it is often our instinct to blame someone else. If you want to see an obvious example of this, take a peek into the world of collegiate basketball as teams approach the end of their seasons. I’ve recently had a chance to witness this as a team I’ve followed hit a losing streak toward the end of their season. As one loss turned into four, the coaches began to scramble to figure out what was happening and make adjustments. Verbal comments turned from plays and movements to criticisms for failure:

“You need to figure it out.” “Quit making mistakes.” “This isn’t our fault.” “I don’t even know what to tell you.”

Calm leadership went out the door as desperate criticism replaced it. As the coaches tightened their grip, the play of their team became even worse. The team became unresponsive. The coaching had become completely ineffective.

When something isn’t going the way we want, who is to blame? In the example above, the coaches blamed the players. A team with a winning record suddenly on a slide: did their skills, capabilities and performance suddenly change and turn them into losers? Perhaps. A loss is easy to measure. The causes can be far more complex.

Let’s assume for a moment that all of the above is true. The team quit performing. They quit executing. We can identify specific behaviors that lead to losses. Specific mistakes can be tabulated. However, at the end of the day, who is ultimately responsible for success? Who is held accountable? As the coach/manager/leader, are you evaluated separately from your team?

Whether you are a manager, executive, business owner, executive director, coach or President of the United States, if your team is losing, YOU ARE RESPONSIBLE. As far as your constituents are concerned, it is your fault. You can blame your team members all you want but in the eyes of the world around you, it is you who are failing. Screaming at your team members because of their non-performance is an EXERCISE IN IMPOTENCE. You are simply saying that I don’t know how to help you be successful. I don’t know what you need. Or, I assembled the wrong team.

As the owner of two companies with the responsibility of meeting payroll every two weeks and paying vendors consistently, I can tell you that no one is seeking to understand the under-performance of my team if I can’t pay my bills. They don’t go after my team for failing – they find me.

So now that we’ve reminded you that your team’s success and failure are ultimately your responsibility, we can begin the process of turning things around. The good news is that, when you take responsibility for your team’s struggle, you are taking the first step toward success.

When you’ve reached the end of your rope, feel uncertain about how to arrest a slide or rebuild momentum and need some things on which to focus, turn to the list below:

Let go. Step away. Give the team a break. Reset expectations. Change the focus. When things are not going well, we often try to exert more control. However, the more we “squeeze”, the more slips through our fingers. You are NOT in control and by trying to force things, push harder, and increasing your intensity you are actually causing the opposite of your desired effect.

Stress, hesitation, and fear are the result of “tightening your grip” and they will kill team effectiveness. Letting go of the past and convincing your team that it is a “new day” are critical to moving things forward.

I said earlier that you are not in control. That is not entirely true. You are in control of yourself. Controlling your emotions, reactions and words is the first step in improving your ability to influence and lead those around you.

2. You are the steward of your team’s talents.

Let me repeat. You are the steward of your team’s talents. Your job is to get the most out of each member of your team. This means that your job is to help them reach their potential as a contributor. Once you remind yourself of this priority, your next steps become more obvious.

If you are focused on the individual success of your team members, you will stop worrying so much about the end result. This shift will be obvious to them and they will begin to relax. When they relax, the magic begins. Once you stop worrying about the noise and focus on them, everything else will line up.

3. Remember this definition of insanity: continuing to do the same things while expecting a different result.

We often stick to the same strategy well past it’s effectiveness. Change things up. Shift your team around. Reassign responsibilities. Take a different approach. When we shake things up, we change the rules and the context for our team’s performance.

It doesn’t matter that your plan worked 3 months ago, things have changed and you have to change as well. Part of this process requires that you look at the overall environment. Have your competitors made adjustments? Are your customers’ needs shifting? Are your donors looking for something different?

Shifting your approach means adjusting internally and externally to meet the changing world around you. You have to be able to take a few steps back to see it more clearly. We all sometimes become trapped within our own perspective; don’t be afraid to change it.

4. Get inside the frame of mind of each team member.

As leaders, we are problem solvers. We tend to approach problems as linear and mechanical in nature. If we do x then we can expect y. With people, we are dealing with the ultimate in complexity. People don’t always respond in a linear or predictable fashion. Emotions, perceptions and distractions are ever-present and, as leaders, we must tune-in to the signals in order to help our team members be most effective.

Many of us don’t do this naturally and men tend to be more handicapped in this domain – empathy typically isn’t our strong suit. The importance of empathy should not be underestimated. Often, the difference between winning and losing is the mental state of your team members. A slide in performance doesn’t just affect one player, it affects everyone.

You need to meet with each one and give them a safe zone to communicate – you build trust by being open and not reacting to what they share or penalizing them for sharing it. You must have each individual’s best interests at heart and they have to believe it, otherwise there can be no trust. In this environment, you may be surprised at what you discover.

If this doesn’t come naturally to you, engage the support of a peer, your manager or another team member to help facilitate it. If you are to advance as a leader, you must find a way to engage at this level.

5. Get your team engaged in solving the problems.

ASK YOUR TEAM WHAT THEY THINK. Quit trying to figure it all out yourself. Great leaders enable their team to solve their own problems. This isn’t an abdication of your responsibility. It is an expansion of your solution set by involving those who have to execute.

Take your team offsite and spend some time facilitating ideas and solutions. Involvement equals commitment and there is nothing more effective in re-energizing a team than getting them engaged in turning things around.

6. Finally, you have got to let it happen.

Remember that you cannot “will” the result. Your team has to own execution and, ultimately, their success. Your job is to help them be successful. Their success is your success. Think of your every move in terms of how it relates to helping each team member be the most that he/she can be.

When they feel that you are invested in them as individuals, they will invest themselves in you. Believe in them. Reinforce your belief with action.

THEY ARE NOT PIECES ON YOUR BOARD TO BE MOVED AROUND. They are people with hopes, dreams and aspirations. They want to succeed as much as you do. Show them how much you care about their success and I guarantee that they will show you how much they care about yours. This is where you will find leverage and the flywheel will build momentum toward winning.

About under-performers: There are cases in which individuals are not performing to their potential and times when they are in the wrong situation. Good leaders recognize the difference and behave appropriately. Finding ways to help someone reach their potential is the ultimate measure of a good leader. Making the tough decisions as it relates to individuals who should not be on the team is simply a fact of life. Knowing the difference and making the right decisions will take you to greatness as a leader.

“My job is not to be easy on people. My job is to take these great people we have and to push them and make them even better.” – Steve Jobs 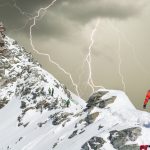